Jim Ronson is a life-long traveller and educator. At the age of fifteen he hitch-hiked across Canada and learned more about Canada in one summer than he had ever learned in school. He has explored the nooks and crannies of every province across the country.

When he was in his early twenties he worked in a factory and used the money he earned to backpack across most of Europe, ending his journey in Greece.

He has taught in downtown Toronto, Burns Lake, British Columbia, and most recently, in Whitby. 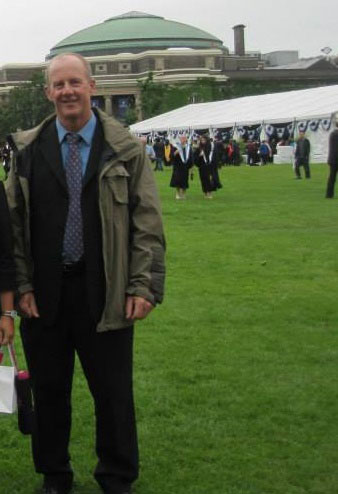 One of his more recent thrilling adventures was running out of air while scuba diving off the Great Wall in Cozumel, Mexico. Fortunately he survived the experience and lived to see a giant eagle ray in the process.

Jim began writing in his teens by publishing a war-gaming zine called “Berserker”.

Jim’s first works of fiction to be published are two short stories called “Dark Matter” and “The Garden of Dreams”. These stories will be published as part of the Hill Spirits Anthology II, by Blue Denim Press, in 2015.

His first novel is a work of crime fiction called Power and Possessions. In this novel, the high stakes of “The Computer Gaming World” overlap with the “Fine Art World” in Toronto. At the centre of the story is a romantic triangle turned deadly. Look for Power and Possessions to be published on Oct. 1 of 2015 by Hidden Brook Press. The book will also be available at Amazon.ca.