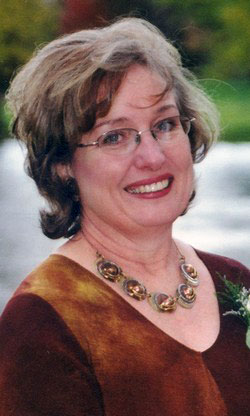 Gwynn Scheltema is an award-winning fiction writer and poet who lives in the village of Trent River on the shores of Lake Seymour. Being able to write in such a peaceful setting possibly helped her win the 2007 Timothy Findley Creative Writing Award. Her stories, however, are richly influenced by years spent in Africa, and have placed in the Toronto Star Short Story Contest, the Canadian Authors Association contest, and the Writers Circle of Durham Region short story contest. Gwynn was a founding editor for Lichen, Arts & Letters Preview, and her fiction and poetry have been published in Canada and Europe in literary journals, anthologies, and magazines such as The Antigonish Review, George, Good Times, Open Window III, Artscape, Inedita, and No Love Lost III. She was also one of five poets featured in the chapbook, One Ticket Five Rides, and was longlisted for the 2008 Contemporary Verse 2 poetry contest. Gwynn has also served as a judge for international and regional poetry and fiction competitions: Canadian Authors Association [1998-2002]; Langstaff Secondary School [2002-2004] Hidden Brook Press [2003]; Dan Sullivan Memorial Poetry Contest [2005] Gwynn is fascinated by words and enjoys sharing her love of language. Gwynn has taught for over 25 years, at community colleges, private colleges, government conferences, and day and evening workshops. Her popular writing and editing workshops include Tasting the Page – Creating with the Senses; Editing 101; Writing with a Slow Hand; It’s Not What You Earn; It’s What You Keep – Taxation Tips for Writers and Creativity@work. Gwynn Scheltema writes for a living as owner of The Write Connection. From newspaper columnist to ghostwriter, her work has been published in magazines, newspapers, trade journals and a variety of different business publications. Gwynn edits for the provincial government, has been a copy editor for Georgian Publishing, and has edited special sections for Metroland newspapers.

Website: Write to Escape WRITESCAPE specializes in retreats and workshops to take writers away and immerse them in writing and creativity. Skilled facilitators help writers at all levels to empower their stories and fill their ideas folder to overflowing. Writescape takes care of all the details so writers can leave behind the daily grind to relax, focus and write, write, write. Retreats and workshops are led by Ruth E. Walker and/or Gwynn Scheltema. Dynamic workshop facilitators, they have taught a full range of programs from half-day workshops to weeklong retreats to college level credit courses. They have won numerous prestigious writing laurels such as the Timothy Findley Creative Writing Award, Larry Turner Non-fiction Award, the Toronto Star short story competition, Canadian Living’s short story award and the Canadian Authors Association short story contest.