The contest is now closed and the votes are in.

Many thanks to all those who participated in our first award-winning online shows,
“Picture the Possibilities” and “Winning Words”.

We worked hard to get the votes out and now the results are in!

And the winners are: 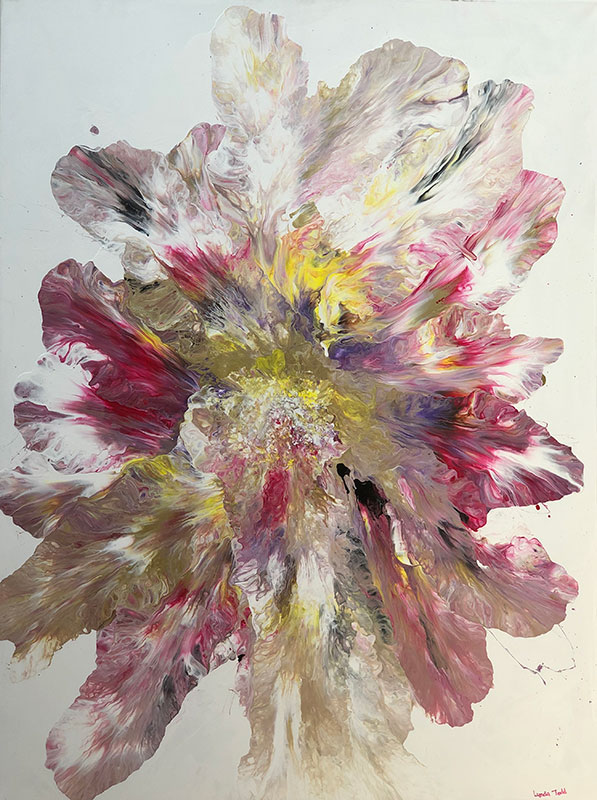 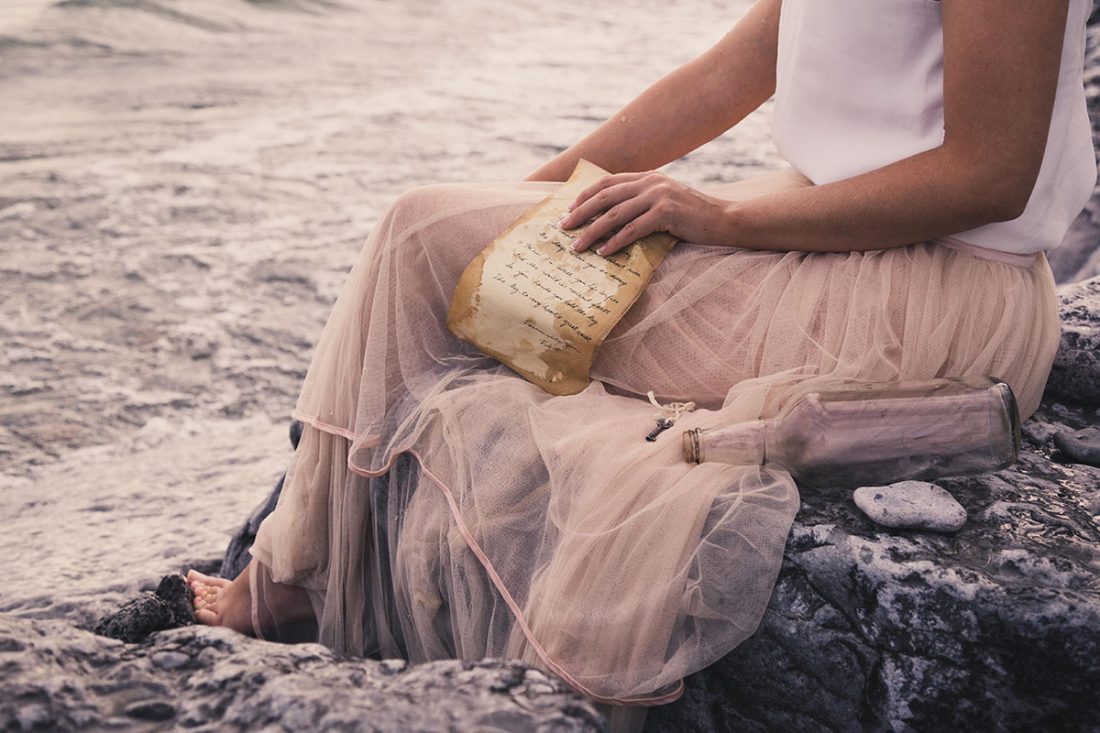 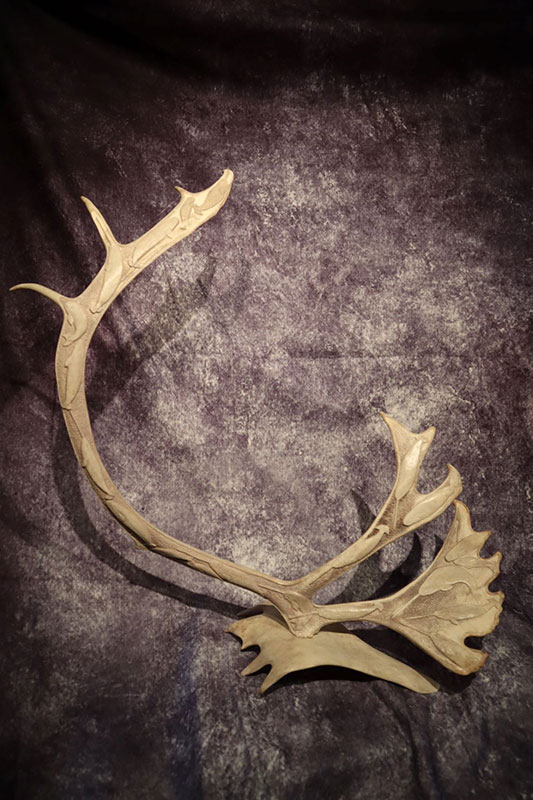 Jessie tightened her laces and carefully tied a double bow. She deeply inhaled the night air. Air so cold her nostrils briefly froze together. Gosh, it was bitter! Once they were on the move, she would warm up.

“Shake a leg over there. We’re ready to shove off!” Tommy called.

The full moon was incredibly bright and the entire landscape was lit up like daytime. Good thing too, as they needed to watch carefully every step of this adventure.

“Now this is important. We are going to skate with our arms linked. Tom, you and I are on the outside and the two girls will be in the middle. And yes, there is a reason. Even though the river is frozen solid, there are still air holes. You’ve heard about them and they are deadly. If you happen to catch a skate blade on the edge of an air pocket, you won’t go in because we are all linked together.”

“And who wants to wear a Chicago Overcoat?!”

“What are you talking about?”

“A Chicago Overcoat. A coffin! It’s some of the new lingo I heard in Hamilton the other day.”

Jessie shook her head and laughed. The four friends had met up that night at the mouth of Big Creek. Jessie and Tommy lived on neighbouring farms on Baptist Church Road. The other two friends were also from Onondaga and their plan was to skate down the Grand River to the dam in Caledonia.

Her heart was racing and she took a slow, deep breath. The four linked arms securely and made their way mid river.

With one strong, smooth stroke to the right and then to the left, they fell quickly into motion as one unit. In no time the quartet was sailing down the ice. Time seemed to stand still as they flew past familiar landmarks.

“You know I heard it’s so cold this year, Lake Ontario has frozen over!”

“I suppose you heard that in Hamilton too!”

“As a matter of fact, I did. And it is a fact. I read it in the Hamilton Spectator.”

They all chuckled and continued skating on in silence, simply enjoying the voyage. A piercing train whistle in the dead calm broke the silence. With the sudden burst of noise, the four tightened their joined arms.

“Gosh, that scared me! With the clear night, it sounds like we’re right beside that train.”

“We are almost to the dam and you can see the railway bridge. Let’s take a break over on the bank until the train goes by.”

They sat on a large fallen tree to catch their breath. Skate laces were tightened and hats pulled down over cold ears.

“That didn’t take long! How far did we just skate Tommy?”

“It would be just over three miles but we made great time!”

Jessie shivered. The scent of lingering wood smoke on her scarf made her think how cozy it would be back in their farmhouse kitchen.

“Let’s head back. It’s too cold to sit still for any longer.”

Once again they linked arms. Stroke. Stroke. Their concentration and determination powered the unit. Their breath hung in the air and trailed behind them as they swept up the ice. It was thrilling and exciting and daring.
“Do you think anyone has ever done this before?”

“I doubt it. Conditions have never been this perfect in the past. If only our families could see us now!”

“But they won’t even hear about it, remember? Our pact was not to tell anyone. I would be in big trouble if my parents found out!”

“You’re right. But what a sight we must be. The full moon, the frozen Grand and the four of us. We must be a picture!”

The skaters’ silhouette was picture perfect but seen by no one that cold winter night. Jessie smiled to herself and privately pondered if she would ever tell anyone about that magical evening in the winter of 1934.

Notes
– There is documentation indicating the winter of 1934 was one of the coldest on record. Lake Ontario did freeze over. It was a rare occurrence.
– Jessie Atkinson and Tommy Howden grew up on farms on Baptist Church Road in Onondaga Township. They remained friends their entire lives.
– Jessie Atkinson was my mother and she did share the story of that enchanting evening!

Winner in Non-Fiction - The Art of Driving by Cathy Joyce

Most of our vacations, while we worked, were driving to our favourite places and we have continued to do so many years into our retirement. We have travelled to PEI (our favourite province) seven times. Each time we would stay for two weeks in a cottage at Cavendish Beach right at the edge of the ocean. We would take our chairs and books to the red sandy beach, with our coffee cups and just stare at the water. The waves were always active. The sound was mesmerizing. We had always talked about retiring in PEI.
The drive from Peterborough is long, about a day and a half. We drove around Gaspé, Quebec. The fishing villages that came into view around every bend were quintessential French Canadian. Every home was well-stocked with fire wood for the long cold winters. We drove around Cape Breton, the fiddle capital of Canada. We did stop as often as we could to participate in céilithe. A cèilidh is a traditional Scottish or Irish social gathering. In its most basic form, it simply means a social visit. In contemporary usage, it usually involves dancing and playing Gaelic folk music, either at a house party or a larger concert at a social hall or other community gathering place. We had a favourite drive through the middle of New Brunswick, a logging road with lots of hills and dales to keep us excited. We would stop to take pictures of the bears!

These were the various routes to get to PEI from Ontario.

Then we discovered Presqu’ile – a treasure to be appreciated, just down the road from our home. No more long drives which we had loved but eventually realized the daily visits to the shores of the park and the trails through the forest were more appealing. We did not have to retire in a different province. We retired at our familiar home, with our dreams fulfilled. And we stayed close to family and friends.

Our vacations during the past 30 years have also included annual or bi-annual trips to the White Mountains in New Hampshire, USA. The drive through New York State and the Green Mountains of Vermont to New Hampshire is spectacular. We would stop, on route, to climb any portion or trail of the Adirondack Mountains that appealed to us. One year we picked a new trail straight up approximately 2800 feet. Going up was terrific; going down was more difficult. The next morning my legs were so sore that I could barely stand. The higher backs of my hiking boots had dug into the backs of my ankles leaving me with bruises and extreme pain. It took three days to recover. We decided there and then to throw away our hiking boots (well worn anyway) and get out our hiking sneakers. The trails became easier every year thereafter.

We still love the drive to New Hampshire and the drives through the mountains in the autumn with the colourful changing of the leaves and walking the planned trails but alas our trips have been cancelled for the past few years. And now the borders are closed due to Covid-19.

We would still love to go back some day but in the meantime we have beautiful drives in Ontario. We have Prince Edward County to the east of us. What an uncanny coincidence in the name! Picton is a perfect small town to explore. The shoreline along Lake Ontario, from Kingston to Picton, offers views of the water with many little rest spots to visit. The drive to Peterborough along the Ganaraska Road is beautiful, with a shopping trip to Costco at the end of it!

Winner in Poetry - Song of the Sixties by Gwynn Scheltema

Andy’s up front in the psychedelic
bus smoking down the highway
eight miles high on a sunny afternoon
past strawberry fields forever
all the way to everywhere
leader of the pack, son of a
preacher man and he don’t mind the pot
holes ’cause this is the Age of Aquarius
and it’s all groovy, man
just groovy
and sweet Caroline sways,
solo dancer, brown eyed girl, flowers
in her hair Aurora
Butterfly of Peace
her no-shoes tapping
just a-clappin’ and a-tappin’
born to be wild
what a wonderful world and oh
the colours, man
oh the colours

and in the back, Joey’s watching
thinking can’t take my eyes off of you
you’re all I need to get by, my girl—
daydream believer
and he’s feeling good vibrations
in his cambric shirt
stroking his blue
guitar, beads on his vest jangling
in time
’cause he’s got rhythm, man
he’s got rhythm

and the world turns
and tomorrow may never come
but today is groovy, man
love is free
love will steer the stars
and the moon is in its seventh house
and Jupiter lies with Mars
so don’t worry baby
it’s all good

You have Successfully Subscribed!